We Need Compassion Now More Than Ever: Four Steps to Increasing Empathy 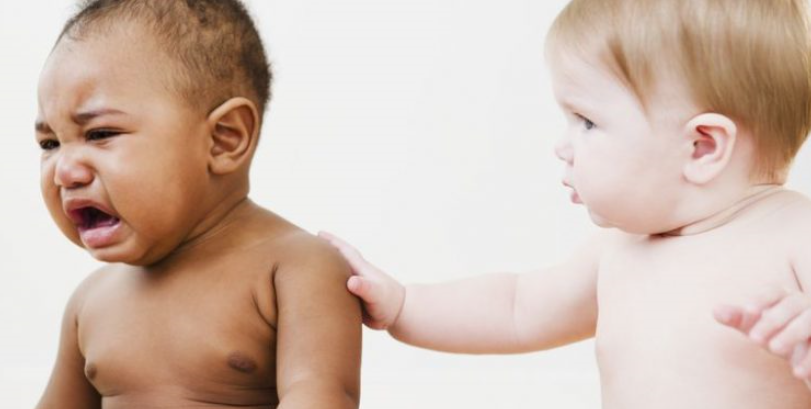 Given the heightened level of tension and polarization present in today’s world, empathy is, ironically, the thing which is most needed and in the shortest supply.

Empathy is defined as the ability to understand  and care about the feelings of another.  It is feeling compassion for someone else. Although neuroscience estimates  that 98% of people have the neural capacity for empathy , the current level of societal anger generated by both the hardships imposed by the coronavirus crisis and racial unrest toward police reveals that many folks are not feeling or expressing it.   Instead of understanding and compassion,  fear and mistrust are keeping us from uniting together against the common threats of Covid-19 and racism.

Apart from the larger cultural and political unrest, empathy is a key ingredient needed in everyday life to help partners , families, friends  and colleagues, to get along better and reduce conflicts. The ability to put ourselves in another person’s shoes and experience and discover how another person has many of the same hopes and fears that we do goes a long way towards overcoming mistrust and hostility.  Here are four simple steps to help you improve your understanding of and increase your caring about others:

STEP ONE : Understanding the Various Factors which Block Empathy.  There are many elements which make feeling the pain of others , especially those who are different from us, difficult .  Judgmental personality styles, rigid religious beliefs, fear , ignorance and personal resentments are some of the most common For example, those who have J personalities, according to the  Myers-Briggs scale, believe that there is only one right way to do things and that all others are wrong. It is hard to respect, much less care, about someone who you think is in in error . Likewise, some religious traditions add the need to change the minds of  and convert those whom they believe hold false theological ideas.  Many people are unable to empathize because they are ill informed about the beliefs or values of others.   Ignorance or the lack of understanding of those whose views or ways are different  creates fear and mistrust and can be viewed as threatening to their own views.  Realizing both the complexity of reality and the limitations of human understanding is a first step to increasing one’s  empathy .

STEP TWO: Recognizing Our own Personal Perceptional Bias.  Once one acknowledges the imperfection of human understanding, recognizing limitations and biases of one’s personal perspective is the next step to becoming more sensitive to other points of view.  From John Locke to Heisenberg modern science has understood that absolute certainty in knowing reality is impossible.  Each person needs a sense of humility to comprehend that although his/her perspective is genuine, it is not the only legitimate perspective.

In addition to an individual’ s perceptional limitations,  it is important to become aware of that life experience and traumatic events  shape and influence the way things look and what is important in life.  In other words, no one is truly objective or neutral in their observations . All of us have some personal biases which distort objective reality. Both positive familiarity and traumatic experiences can incline a person to be open or closed to certain values or beliefs. Economic, political, religious, cultural, racial and level of education are just some of the other influences which shape our point of view.

STEP THREE: Learning More about the People with whom We Differ.  When a difficulty or conflict is encountered , it is a good idea to ask,  how much do I really know about the person or his/her point of view with which I have a problem. Especially with racial or medical or political or religious issues, myths and misinformation abound. Sometimes, when  we lack compassion or can’t understand what others are feeling, it is because the assumptions or “facts” which we hold are simply false or misleading.  Getting accurate information is crucial to building understanding and trust.

Step Four : Discovering our Common Humanity.  When one realizes the importance of expressing empathy for others and has reflected on the many aspects which complicate and block our experience of it, when one has discovered and identified one’s own shortcomings and biases and has taken the time to check out one’s assumptions and understanding of foreign beliefs, something amazing can happen. We can discover that underneath superficial differences lies a common humanity which we all share.  Realizing that we are all part of the same family is the foundation  of true empathy and the basis on which the compassionate resolution of conflicts is achieved.   .

I believe that empathy is more important now than ever before because, in my seventy-one years, I have never seen anything like the high level of stress that is present in society. The scourge that has been the coronavirus has strained our ability to get along to its limits.  Its devastating effects on our public health system and economy not to mention the emotional toll that the COVID-19 threat is unprecedented . Further, the added factors of extreme political polarization  and the recent re-emergence of intense racial tension (as expressed in nation-wide  protests triggered by the multiple murders of unarmed black men) has  divided America like no other time since the Civil War.  Give this difficult state of affairs , we must recognize the common threat that we all face and focus on the common bonds that that connect and unite us as Americans. Learning to speak and act more empathically is a good start to that important goal.

Attribution and acknowledge for image : baltimoreoutloud.com