Some biographical information about me and my training. 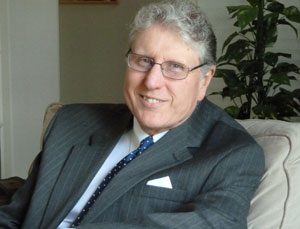 I began my professional training at Yale Divinity School. At that time I was interested in theology and culture as it was expressed in modern movies but I also did a concentration in human sexuality from the Yale Medical School. I graduated from Yale with “distinction” in 1974 with a Master of Divinity degree. Having been “in care” in preparation for the Christian ministry, I was subsequently ordained into the educational ministry by the Northern Association of the Illinois Conference of the United Church of Christ.

The following semester I was awarded a graduate teaching Fellowship at Syracuse University where I entered a Ph.D program in religious studies, Theology and Culture with Gabriel Vahanian. The following year, I was awarded a French government Fellowship which was in conjunction with Syracuse University and I assisted Dr. Vahanian in teaching at the Division of International Studies Abroad in Strasbourg, France. While there I studied modern theology at the Universite de Strasbourg, for the Diplome III.

When I returned to Syracuse the following year (1976) I completed my graduate coursework. Instead of taking my qualifying exams, however, my professional interest shifted from theology to psychology and I enrolled in the Onondaga Pastoral Counseling Center‘s(OPCC) Professional Training Program (1978) where I began a clinical practice with supervision to be a therapist and pastoral counselor. Finishing the program in 1980, I then began an internship and subsequent residency in psychotherapy.

As part of the internship, I studied in the Syracuse Department of Human Development in the Marriage and Family Therapy program and worked with Professors Saul Gordon Ph.D for Human Sexuality, Alice Honig Ph.D in child development and Charlotte Khan for psychoanalysis. I also was examined and became a clinical member of the American Association of Pastoral Counselors(AAPC). During this time I served as a part-time interim minister for various local UCC churches and taught sex education and provided seminars for community organizations including the Speaker’s Bureau of the Syracuse Roman Catholic Diocese.

In 1984, in addition to seeing clients at OPCC, I began my private practice in the State Tower Building in downtown Syracuse. As this practice grew, I continued my studies and was nationally certified as a Fellow in AAPC in 1988. Since that time, I have continued with professional consultations with many local psychiatrists, participated in many professional conferences and I continue to take continuing education seminars each year.

In 1988 I became a special Pastoral Care consultant for the New York Conference of the UCC and provided boundary training seminars for local clergy and denominational gatherings. I also consulted with various associations regarding clergy sexual misconduct investigations.

In 1994 I opened Pine Ridge Pastoral Counseling Services with a partner.

In 2006,I was licensed as a Mental Health Counselor by the State of New York. Having left OPCC, I partnered with the Park Central Presbyterian Church to provide counseling for the underprivileged through the Oneida Association’s Family Counseling Ministry. I also became the “Bridge Street Therapist” for Syracuse Channel 9’s Bridge Street where I provide bi-weekly mental health and relationship segments.