Understanding the Psychology of Anger : Seeing the Panic behind the Rage 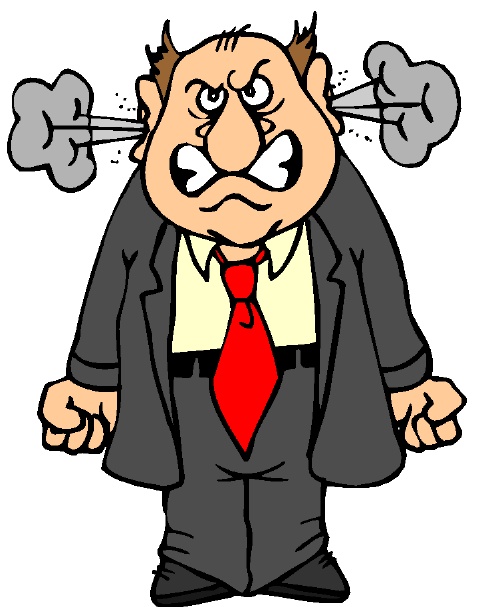 Anger has been in the news a lot lately. With all of the reports in the media about terrorist rampages, mass shootings, political unrest and protests, many people are very upset. A lot of folks feel like the character from the movie Network (1976) Howard Beale who screamed while doing his news broadcast, “I’m mad as Hell and I’m not going to take it anymore!”
Things have gotten so bad that one of the presidential candidates has become the voice of outrage and has done away with political niceties and crudely expresses the pent up frustration and anger felt by so many in our country.
Unfortunately anger is not simply a problem restricted to the media or politics. It has also become a series issue in our daily lives. Domestic violence in families is on the rise as is the general coarsening of our everyday social interactions. Not only are people not as polite as they used to be but the slightest conflict seems to trigger overreactions which include obscenities, yelling and worse.
While we can’t eliminate anger, a little psychological understanding can help us to cope with it more effectively and keep it from getting out of control. So, here are few things to keep in mind the next time you encounter someone who is angry or experience it yourself:
1. Anger is a natural emotion which occurs any time our expectations are frustrated. We all want what we want when we want it. When that doesn’t happen we get upset.
2. Anger is a secondary reaction. This is important to understand. Our first response to frustration and conflict is fear and a feeling of powerlessness! This immediate feeling is intolerable and is quickly replaced with anger.
3. Anger is a defensive reaction which projects strength to hide the feeling of weakness. For example when we are angry we often “raise” our voice because we feels so small or we attack with “cutting” remarks to cut others, who seem so much bigger and more powerful, “down to size”.
4. Anger is a stress response which disconnects neuropathways in our brain from our neo-cortex which is where judgment and logic reside. Anger is panic-based reflex in which the amygdale hi-jacks our high functioning brain. Literally anger reactions are irrational and, while a person is stuck in it, one cannot think straight.
5. Thus, it is important to know that you can’t reason with someone who is angry. Empathy, understanding and caring are the soothing experiences which calms anger and allows a person to regain access to his/her reasonable brain.
Anger is scary and, when out of control, it can be dangerous. Being able to see the fear and sense of powerlessness in the person (including yourself) who is angry can prevent one from reacting in kind and defusing a potentially explosive situation. Understanding the psychology of anger can also help us to be more compassionate in the midst of a difficult situation and the person regain his/her composure.