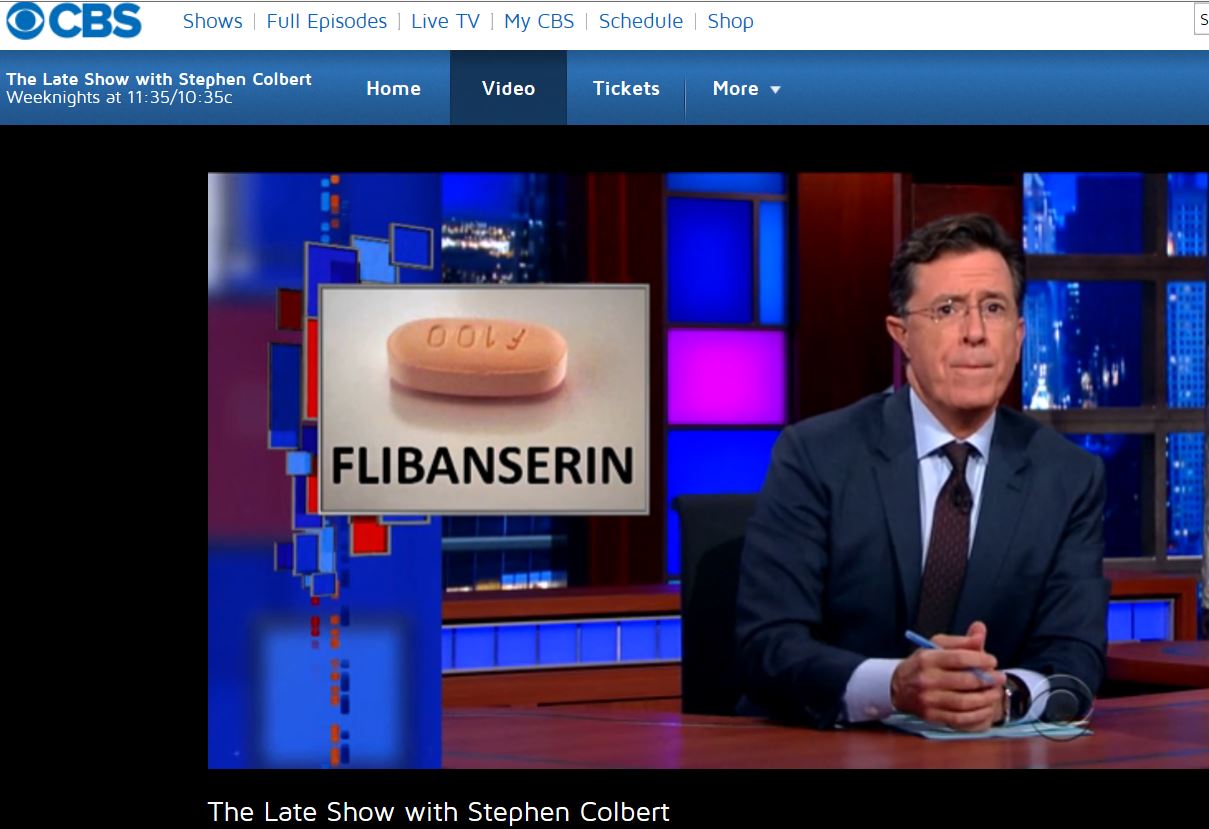 If you’ve heard about the new “female” Viagra  pill, Addyi, (flibanserin) which is touted to increase sexual desire in women and which was recently approved by the FDA, check out Stephen Colbert’s comical riff on it. http://www.cbs.com/shows/the-late-show-with-stephen-colbert/video/28E94A49-F1A3-4418-3C7D-E3881F710234/female-viagra-is-coming/

–Apart from the humor there, there are several things to keep in mind.
1)  Male and female arousal systems are different. Viagra for men was for a mechanical problem ( poor vascular pressure in the penis) while Flibanserin for women is for hypoactive sexual desire disorder , a libido issue which is pretty rare.  Libido is also affected by depressive disorders but It is not clear how Flibanserin will be used if a depressive disorder is present.   Any way, it is important to understand that Addyi is not a parallel medicine to Viagra.
2)  The pill explicitly states that it will not help for lack of desire which is based on problems in the relationship which … are about 85-90% of the reason women don’t want to have sex.
3)  The pill isn’t magic and isn’t really that effective .  It was twice as effective as a placebo but … the frequency reported in the trials was only about 2x per month.
4)  Finally, it is also important to know that, for those who use Flibanserin, alcohol is a no no.
— Just to keep one’s expectations realistic, Addyi may become an important weapon in the arsenal to help women with sexual disorders but… it is unlikely that it will have the impact that Viagra has had for men.  The best way to improve your desire for sex is still to work on your relationship.