Understanding and Coping with “Controlling” People. 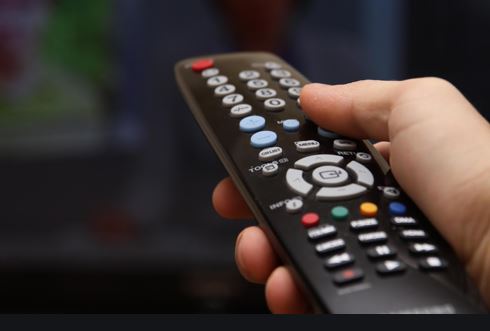 Many have commented about the coarsening of our society and the decline of basic civility in politics and in every day life.  Psychologically, this change in public decorum correlates with the complexification of life and a greatly reduced sense of control that people experience over there own lives.

Nowhere is the loss of control more painfully experienced than in intimate relationships and marriage.  Indeed, one of the most common complaints of couples is that they feel that their partner is too “controlling”. Here are some important facts about the human need for control and some tips for dealing with overly controlling people.

To begin, everyone has control needs. Feeling completely out of control is a terrifying experience which is intolerable for most people. In addition, it can trigger a amygdala-based/limbic response in the brain which disconnects us from our neo-cortex and our ability to think rationally or experience our situation within a reasonable  perspective. Ironically, the way modern technological conveniences such as a television remote, a smart phone, Google or  Alexa has increased our ability to control some parts of our lives, it has also given us a false sense of control and unrealistically raised our expectations for having control over our lives as a whole.

Furthers, the depersonalization and increased social isolation which has resulted from living in an urban-based, computer-dominated world has definitely contributed to both our increased sense of anxiety and the feeling of being out of control.  Although anxiety is not exculpatory or an excuse for rude or uncivilized behavior, it is important to understand that when people act in controlling ways, it is evidence that they are feeling anxious and trying in some degree to regain a sense of control over their own lives .

The most common error an anxious people make when they feel out of control  is to try to restrict or to control another person’s behavior.  Control may be done either directly by an explicit command or threat or indirectly by emotional manipulation which employs criticism or arouses guilt or fear to get a person to change his/her mind and agree with what the controlling person requires.  As a matter of human nature, no one likes to be controlled and attempts will be resisted. In fact, it is not possible to really control another person but the conflicts which result can be very unpleasant.

The basic problem that many have in dealing with feeling out of control is the urge to control others. Trying to control others is problematic because the efforts lack empathy, i.e.  they are not an aware nor do they have concern for how their attempts to control may negatively impact of the other person.   Constructive ways of dealing with feeling out of control must focus on controlling one’s self.  What is crucial in healthy ways to deal with out of control experience is that an awareness of and a consideration for the impact of their actions on others or on their partner must always be maintained.

As we have written about before, the best way to deal with the distressful experience of feeling out of control is to remember that one can always control their own breathing.  Using basic breathing techniques when one feels out of control and when one has lost connection to his/her cortex will calm down the sense of panic, restore the connection to his/her cortex and allow him/her to find a rational solution to the upsetting situation .

That said, when one encounters controlling and disrespectful behavior in others, i.e. behavior  that does not take your choices or preferences into account, it is important to understand that the person who is trying to control you is in a functionally panicked state and is not capable of engaging in a rational discussion or dialog.  Therefore, rather than trying to engage a person who is being controlling, it is better to disengage from them with a shrug. Just like when disagreeing with an person who is inebriated , talking will only make things worse.

The key to stopping controlling behaviors is to help a person feel less anxious. When a person is calmer and has regained the ability to think as well as to be considerate of the needs of the other person, then and only then can a reasonable compromise and way forward can be found .

In social situation in general and especial within marriage, it is crucial that each partner understand these control-issue basics. To review:

Even good marriages are filled with frustrations and challenges. Taking the time to understand our mutual needs for control and consideration can make working through the rough patches less stressful and more rewarding.