Tips for Coping with Disturbing Headlines in the News 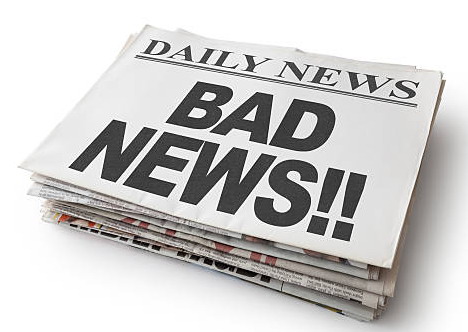 Many folks have been shaken by either the immediate impact of or the intense media coverage of  recent stories concerning things like the anniversary of the 9/11 terrorist attacks, crude and uncivil political wrangling, and , worst, the devastating force of hurricane Florence.  And even though most people weren’t directly affected by these incidents, the 24/7 presence of the media has increased the impact of these events and made their stories more personal and immediate.

It is important to note that a number of recent studies have found positive correlations between extended exposure to tragic reports via the television or the internet and the occurrence of PTSD like symptoms such as nightmares, difficulty concentrating, increased anxiety and recurrent flash backs of disturbing video and still images.

Coupled with other brain research, it is becoming clear that vicarious exposure  to trauma can create neuro-pathway damage consistent with what is experienced by deployed soldiers or other trauma victims.   This new evidence also provides clues for treating those who are affected by shocking stories in the media.

But first a little background.  We have learned that trauma does not have to be physical to be harmful.  Emotional trauma  can disrupt the bridge between our immediate perceptions and our higher thought processes which allows us to interpret the meaning of our experiences.   Without access to one’s neo-cortex,  a person is left with only the primitive amygdale to cope with stress and threats.  Unlike the more advanced part of our brain, the amygdale’s responses are limited to anger and fear , aggression and flight.  In other words, a person who is overwhelmed by trauma experiences panic.

The key to dealing with a PTSD reaction is to calm the panic and restore the neuro-pathways to the parts of our brain which can think and accurately assess the seriousness of the immediate perceptions and discern from prior experience what response should be made.

Fortunately there are several effective tools anyone can employ to reduce the disruptive effects of disturbing stories and decrease your vulnerability to a panic reaction.  Here is a brief list of things to try: