The Psychology of Blaming: Learning to See the Fear Behind the Anger 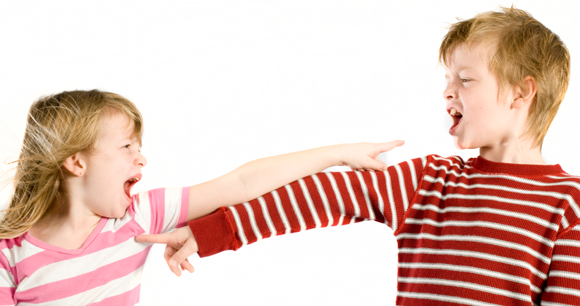 When things go wrong it is normal to want to know why.  Seeking understanding is an important way to learn and prevent future problems. Unfortunately, instead of seeking real answers which are often complicated, it is easier to find someone to blame.

Psychologically, the tactic of blaming is known as externalizing responsibility.  It is important to understand that blaming is a defensive, secondary response. Blaming is a reaction which follows the primary experience of self-blame and panic.  Ironically, behind the unpleasant facade of the blamer is a person who feels out of control.  It is important to appreciate this sense of powerlessness when dealing with someone who is engaged in blaming.

Feeling ineffectual and as though s/he has no influence on his/her environment warps his/her perception into an irrational perspective.  Since feeling powerless is an intolerable experience it quickly morphs into the defensive/attacking posture of anger which often takes the shape of blaming.

The first step in achieving a constructive conversation with someone who is blaming is to calm their panic and to restore a reasonable perspective.   Calm and empathic listening is the best way to quiet upset feelings and reestablish a reasonable dialog.  Being empathic simply means that one listens without judgment or criticism and conveys to the person that one understands and cares about their experience.

It is truly amazing to witness how powerful a little empathy is in changing an unpleasant confrontation into a productive dialog.

For example, let’s imagine that Jim becomes upset with Sally when he sees the latest credit card statement and blames her for blowing the family budget.  His first reaction may be shock and fear:  How can I pay for all of this ?  This initial reaction may be followed by a rapid flood of negative thoughts about how he is a financial failure or a loser. To combat this painful moment, he shifts to criticizing his wife for putting him in such a bad way.

Because he is reacting emotionally, he is not able to think rationally.  He may block out important facts such as the unexpected expenses were unavoidable or that he had more money in his checking account than he thought he did.  Even if there is a serious problem, Jim’s panic response keeps him from being understanding and kind to his wife.  Instead of asking her to explain what happened, blaming responses short circuit a thoughtful examination of the problem.

If Sally is able to withstand the initial attack and remember that she loves Jim, she may be able to hear the fear beneath the bluster and respond with empathy and compassion.  If she does, Jim will calm down and the two can work together to analyze and solve the problem.

Relationships are hard and require work. Learning to decode encrypted behaviors like blaming is a valuable skill to transform difficult situations into moments of growth and closeness in a relationship.