Looking Beneath the Surface : Why Keeping New Year’s Resolutions Are So Hard 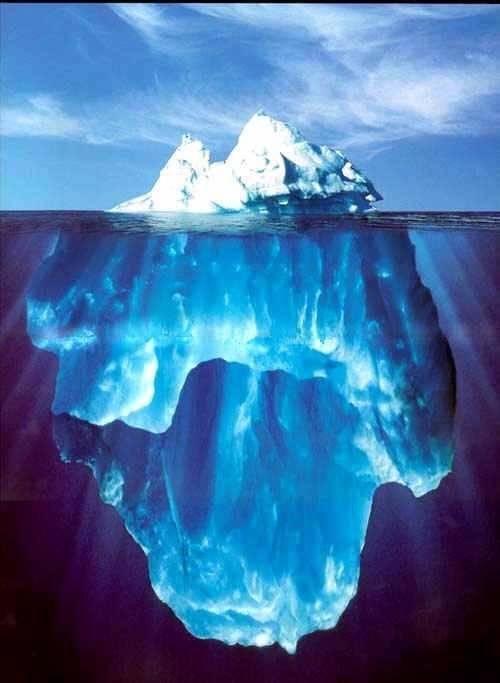 Okay, it’s the beginning of the new year and many folks are energized and filled with lots of good ideas and resolutions to improve their lives.  Numerous studies show that despite good intensions, most plans for change fall apart in the first week .

Don’t get me wrong; I believe that dramatic change is possible and worth the effort.   But,  from my 40 years of experience helping people to change, I have learned that a number of important factors must be present for important breakthroughs and transformation to take place.  The simple notion of having enough will-power is insufficient to explain what it takes to break bad habits or sustain new and healthy ones.

One way to conceptualize a resolution, like losing weight, for example, is to think of it as an iceberg.  There is much more to the problem than what is above the surface.   Thus, it is necessary to look beneath the surface to fully understand the complicated reasons  why efforts fail.

Since  many people attempt to make changes  with an inadequate understanding of the problems involved and without  it is no wonder the success rate is so low.   Here are some important questions which will help you peek below the surface if you want to increase your odds of  succeeding:

Seeing people significantly change and improve their lives is a source of great satisfaction for me as a therapist.  It is important to understand that the desired  behavioral change is just the tip of iceberg.  Understanding and dealing with the complex labyrinth of issues which lies beneath the surface is the key to meaningful and lasting change.