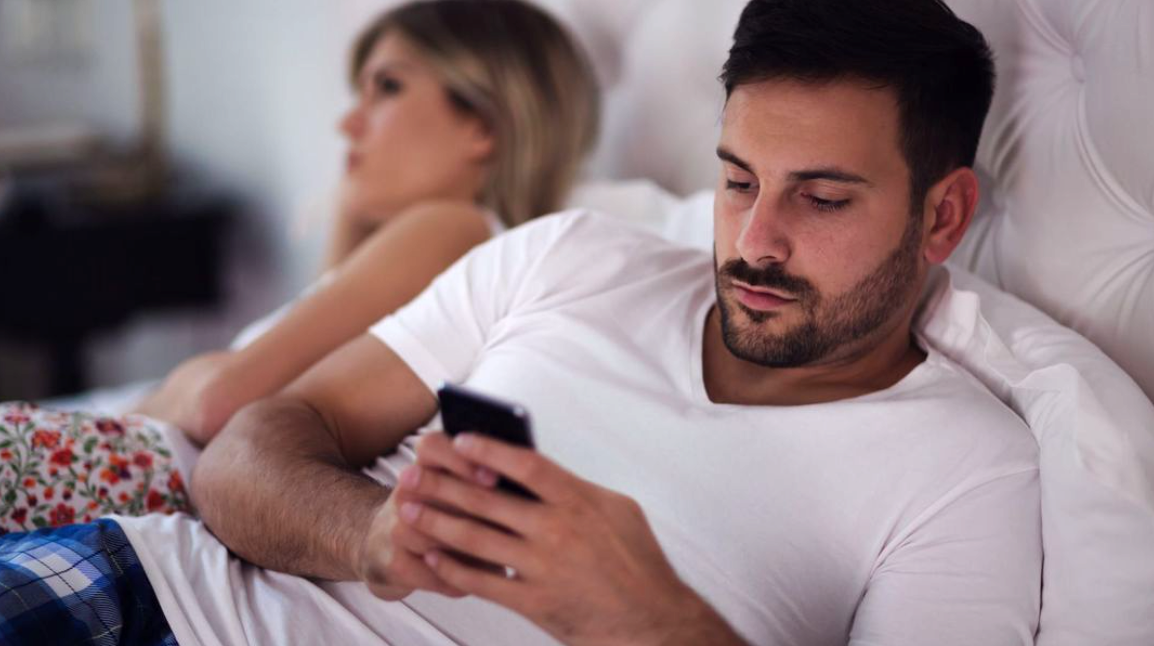 It’s almost Father’s Day but, in addition to dads, men are also husbands. And since there isn’t a “husbands” day … there is a serious problem that needs to be addressed that does not receive enough attention, viz., men’s lack of sexual desire for their wives .

Although many believe that men are more interested in sex than their women, it has been my clinical experience for some time that this is not true . In fact, the number of men who are not having sex with their wives seems to be increasing.    Hope and Understanding for Sexless Marriages. (revmichaelheath.com)

The truth is, unfortunately, that there is no simple answer as to why men don’t want to have sex with their wives.  There are, however, several different reasons why passion may left the relationship.  (Since each situation is different and because there are so many different causes, each couple could benefit from discussing their particulars  with an experienced professional .)  Nonetheless, in general, here are some of the most common causes men don’t want sex with their wives.

To begin, there are many physical , medical and medication related issues for husbands not wanting  to have sex. Respiratory problems, diabetes, alcoholism, MS and arthritis are just a few of the conditions which severely limit a man’s ability or enjoyment of sex. Likewise, certain medications for hyper-tension  or depression can inhibit erections or ejaculation.  Also the process of aging itself and physical fatigue from over work or lack of sleep can take its toll on sexual interest.

In seeking help, physical issues need to be explored first .Fortunately, there are effective treatments or helpful strategies for most of these issues.

Sometimes, contemporary events can trigger reactions related to past trauma. Shame, panic and numbed experience can block sexual impulses. These are sometimes hard to understand because no obvious stimulus is seen. Things like anniversaries or when a child reaches the same age when the abuse began may be difficult to discover. Therapy in these situation is almost always needed to heal the wound caused by the original trauma.

In order enjoy sex , a person has to be able to be able to relax and enjoy it.  For those who are plagued with anxiety, simply relaxing is difficult and sex itself can seem like chore. Put another way, worries about one’s own or a loved one’s health, money, job or the kids are not only distractions but can actually inhibit sexual interest.   Again, psychotherapy, sometimes combined with doctor prescribed medications, can provide relief and allow the energy of natural, sexual attraction to return.

Sometimes men no longer want to have sex because of false ideas, inaccurate information or unrealistic expectations. For example, some healthy men who think that something is wrong with them don’t understand that, as they age, the refractory period for achieving an orgasm lengthens.     Also, it should be noted that there is a special kind of anxiety ( performance) which is a huge problem for many men who worry about the size of their penis, their ability to have or maintain an erection or whether or not they will be able to please their partner.

For those who have significant erectile problems, it is important for couples to understand that an erect penis is not required for great sex. There are many other ways for each partner to give intense pleasure to each other which do not involve penile/vaginal penetration  .

Sometimes, just a friendly and informative a conversation with a doctor is all that is needed to put things right.   At other times, a therapist’s instruction in the art of sensate focusing will do the trick.

For some men, their careers are more important than anything, even their marriage , family or sex. These folks are obsessed with achievement and, for many of them, sex just isn’t as important as succeeding in their professional or business pursuits. These situations, frankly, are the most difficult to treat or resolve clinically. At base, a person must, at least some of the time, desire his wife more than his job.

Unfortunately, some men don’t want to have sex with their spouses because they have emotionally left the marriage and have become involved with another person. Although difficult , if a person really wants to save his marriage and is able to be honest about his experience, this problem can be successfully  overcome with marriage counseling.

Of all the non medical causes for men not to want sex with their wives, the most common is buried resentment. Neurologically, anger and sexual arousal are on the same circuit in the limbic part of the brain. For various evolutionary reasons, anger reactions take precedence over sexual impulses and actually block the experience of arousal. This issue is sometimes difficult to resolve because the person who holds the resentment may not be conscious of it.  Again, a skilled psychotherapist is usually needed to uncover and dissolve this obstacle. Learning, feeling permission and expressing direct and constructive feelings of anger  over specific conflicts is all that is needed  in most  situations to rekindle the flame that had been snuffed out by built up irritation.

While sex is not the most important thing in life, as Syracuse University professor Saul Gordon used to say, “It is in the top ten.”  Certainly a satisfying sex life not only increases the pleasure of one’s life but also, and more importantly , it deepens a sense of closeness and  bonds a couple like nothing else can.  If you are struggling with this problem, don’t lose hope and don’t put off seeking help. There is much that can be done to make things right. Life is too short to endure this unnecessary frustration.

Image acknowledgement and attribution: Low Sex Drive in Men — Why Doesn’t My Husband Want To Have Sex? (womansday.com)