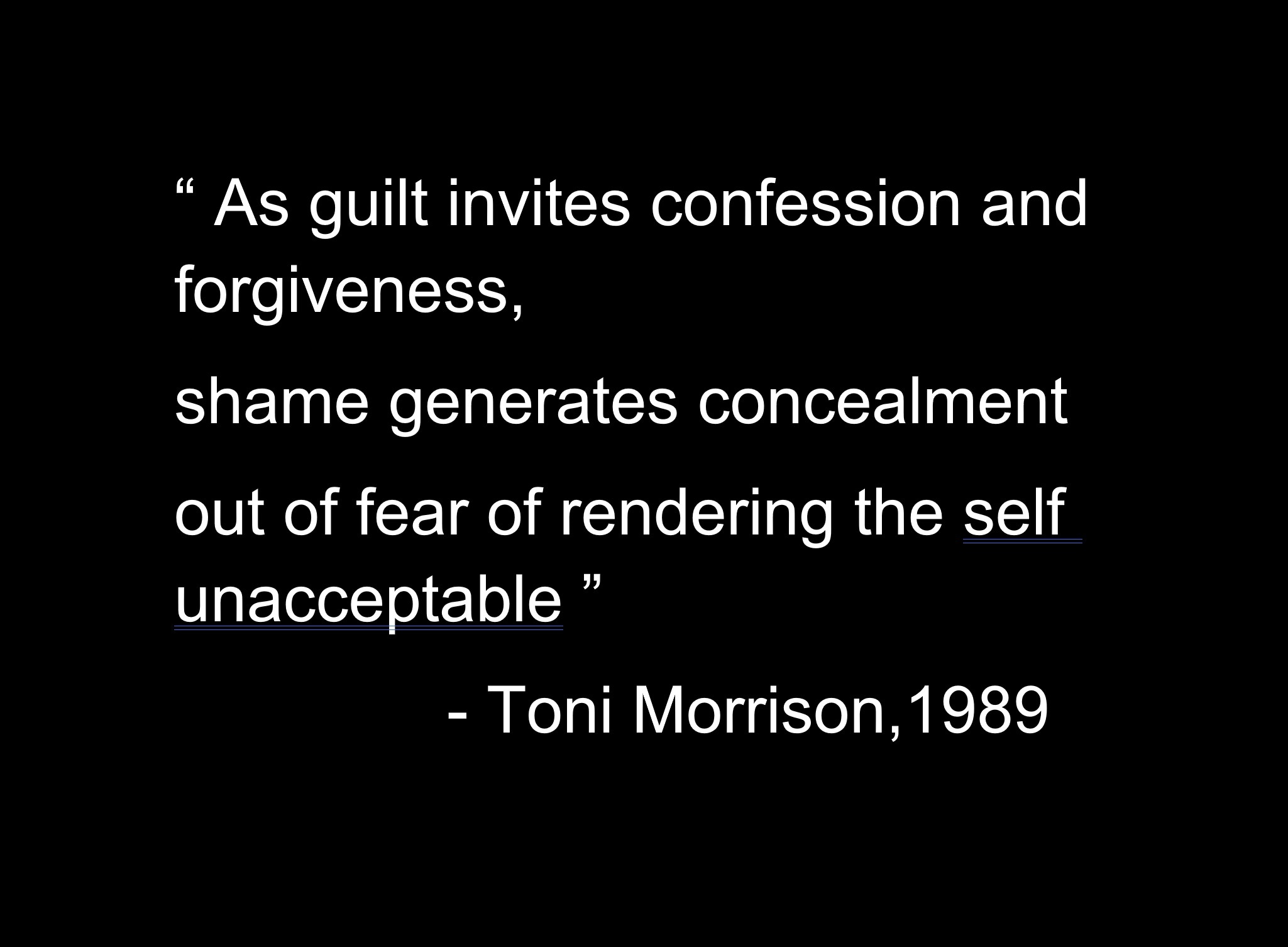 sychologists write a lot about guilt and shame. Shame vs. Guilt – Brené Brown (brenebrown.com) False guilt and trauma induced shame are two of the most emotionally destructive experiences felt by clients and challenging for therapists to treat.

Despite their notoriety, folks often confuse their meaning. For example, it is common for people to use the terms interchangeably.  In fact, their meanings are quite different.  Today, we’ll highlight the differences between guilt and shame and suggest ways to deal with and reduce their impact.

We feel guilty when we believe that that we have acted improperly and done something wrong.  Guilt is the unpleasant expression of our conscience.  Guilt comes in two flavors: legitimate and false.

— Real guilt is the feeling of embarrassment that comes when one realizes that one has broken a promise , a law or commitment. It is what we feel when our behavior conflicts with our beliefs and values.  We feel guilty when have acted in a way that goes against what our conscience tells us is right. Guilt is a normal/healthy reaction to violating our sense of right and wrong.

— False guilt is very different.  False guilt is a distortion of reality, i.e. when we feel that we did something wrong when we really didn’t. Religion is often cited as the number one source of false guilt and in many cases it is. But there is more to it than that.

Many times this type of guilt develops from traumatic early-childhood experiences. For example, when parents divorce, children often erroneously believe that they were the cause. The child’s need for order tricks them into feeling responsible for something that is out of their control.  Although guilt is painful, it does provide and explanation for why things happened. As odd as it sounds taking the blame protects the child from the emotional terror of unexplainable chaos.

Another source of false guilt is when parents displace their own issues on to their children by blaming them for things which are normal aspects of being a child. Misplaced blame, creates negative self-esteem as well as unrealistic beliefs about right and wrong.  For example, being criticized for normal feeling involving anger and sexuality can be become life-long source of false guilt.  Guilt-Tripping and Emotional Manipulation | Pastoral Counseling Syracuse NY (revmichaelheath.com)

Shame: The product of trauma

Shame is like false-guilt but more profound. It is the sense of total humiliation, disgrace and mortification.  It encompasses the whole person. Shame is not felt as a mistake. It defines who/what the person is. Beyond embarrassment, feeling ashamed is the belief that one is so flawed as to be irrevocably unacceptable. Physical and emotional trauma can cause shame, e.g. rape victims.

The Problem with Shame

The problem with shame is that paralyzes you with hopelessness. Shame is permanent ruination and there is nothing that you can do about it . It is a fixed quality which reveals who/what you are.

For example, shame can push a person who has a problem with alcohol or drugs deeper into their addiction, since they have nothing to lose. The sense of hopelessness takes away any motivation to change and increases a sense of depression.

Tips for Dealing with and Reducing Shame

To be clear, when we break promises or fail to keep our end of the bargain, guilt is a normal and healthy reaction. It motivates us to confess and to change our behavior.

Shame, on the other hand, is not healthy. It seeks to hide and be invisible. Worse, it blocks us from looking at our problems and trying to change.

Ironically, the best way to deal with and overcome shame is to convert it into guilt.  We need to think about shame as the result of something that has happened (a discreet or repeated incidents) rather than who someone is. reframing helps in two ways:

— It prevents the person from being defined, head to toe, by a given or series of event(s). It allows the person to appreciate themselves possessing positive as well as negative qualities.

— More importantly, seeing shameful feelings as incidents allows us to evaluate the actions objectively.  Reality-testing not only dissolves shame but  also exposes erroneous beliefs which are often responsible for the feelings of false-guilt.

If you are struggling with guilt or, worse, shame, finding a therapist can be a life-changing experience. Life is too short to carry around the unnecessary burdens of false-guilt and shame. It is liberating to let go of self-reproach and discover one’s innocence and acceptability as an imperfect but legitimate member of the human race.