Couple’s Consciousness: The Key to a Happy Marriage 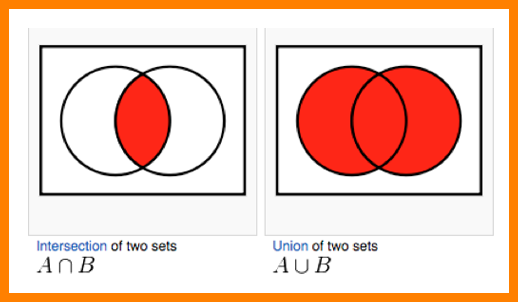 One of the most important achievements a successful marriage can attain is COUPLE’S CONSCIOUSNESS. That is to say, each person in the relationship transforms his or her fundamental self-understanding from being an individual to being a part of a greater whole in a coupled partnership.

Indeed, many marital problems stem from the fact that one or both of the individuals continue to see themselves as free and independent agents instead of realizing the behavioral implications and restrictions of marriage.  Individual consciousness can be selfish and not take into account the effect  one’s behavior has on the other partner.  This lack of awareness and consideration can lead to major relational conflict and strife.

A Venn diagram is illustrative.  Marriage usually begins with two individuals enjoying the parts of their life that overlap, i.e.  the intersection of their natural interests.   While this arrangement works while dating, conflicts inevitably develop.  The root of the problem and the source of the solution resides in transforming the selfish, individual consciousness into a more fully aware and mature couple’s consciousness.

Looking at the two images above, the one on the left represents a relationship where two individuals share an area where they intersect but are otherwise unconnected.   The image on the right illustrates a relationship where two people have an overlapping area but also maintain individual boundaries and definition.  Couple’s consciousness is not a merger of two circles into one.

Nonetheless, the area of concern (indicated by the red color) is expanded in the image on the right.  The concern now includes not only the shared area between the two circles but also the entire area of the other circle.

Emotionally, the crucial aspect in this development is for each individual to recognize that the boundaries of his/her concern has expanded to include the happiness and consideration for one’s partner.  (It is ironic that some couples achieve this awareness with respect to the addition of children to their family but fail to achieve it with respect to their own personal identities.)

Experience has shown that couple’s consciousness develops naturally between folks as they mature.  Nonetheless, there are many couples who become stuck and do not spontaneously move forward with an expanded awareness of their identity.  In these situations, considerate behavior is experienced as an external demand and seen as an obligation rather than an internal impulse done out of caring for the couple of which one is apart.

If you feel that your marriage hasn’t attained a robust couple’s consciousness, here are some tips to assist you get there:

1.    Remember, by entering into a marriage with your spouse, you have transformed who you are, not only legally but also psychologically and spiritually.

2.    Marriage has the power to transform and expand the basis of your happiness to include not simply your personal wants and needs but also those of your spouse.

3.    Since the foundation for joy in your life has increased, it is important to develop the habit of paying attention to this  new aspect of your concern ( your spouse) that you previously did not consider.  Decisions need to take into account both your own and your partner’s needs.

4.    Don’t forget that being considerate of your partner’s needs is not an imposed obligation.  You love him/her and you chose/agreed to get married.  (If being nice feels like an obligation, then there is a good chance that there is a problem in your relationship which needs to be addressed.)

5.    Learn communication and conflict resolutions skills.  Couple’s consciousness does not imply that you can read your partner’s mind or that simply being aware resolves all conflicts.  You need to learn to be direct and constructive in the way you deal with disagreements.

Couple’s consciousness is not a magical cure for all marital problems but it is an essential part of relationships which are successful and fulfilling.  Having a deep seated awareness that one belongs to a larger loving reality is the foundation for couples to be able to negotiate the confusing and often conflict filled journey of marriage.  The joy and serenity that attaining couple’s consciousness brings   can transform marriage into one of life’s greatest blessings.