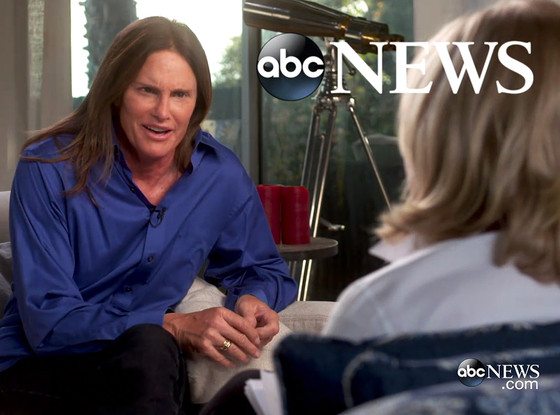 Although Bruce Jenner has won the gold medal for the decathlon in 1976 Olympics, his greatest triumph and accomplishment came yesterday when he publicly acknowledged that she is, and always has been, a woman.  The Diane Sawyer interview heard round the world is not only a personal victory over fear and shame for Jenner but is also a beacon of courage which lights the way to self and public acceptance for transgender people everywhere. Even as our nation has made great progress in addressing racism, sexism and homophobia, fear and ignorance still cast a dark shadow over many in the transgender community.  Having a role model like Bruce Jenner will help America to grow up and come to terms with the complex reality that is human sexuality.

For some this story is just an insignificant oddity but for me, as therapist who first worked with a transgender client thirty years ago, it is a major breakthrough. At the time I was working with Jim (not his real name), a depressed young man who had attempted suicide and who was seeking help to put his life back together.  Jim said that he was gay and was struggling with guilt and family rejection issues but also that something else wasn’t right as well.

As his treatment progressed, it became clear that although he was attracted to men, his sexual fantasies revealed that he saw himself as female in them. In a breakthrough session, Jim admitted that he had always felt like a female in non-sexual situations,  even when he was a young boy. Unfortunately, when he expressed those feelings, he was told that he was crazy because, no matter what he thought, he was a boy.

Since Jim was born before it was standard medical practice to screen for gender anomalies at delivery, I suggested that some medical testing might be useful to see if he might, in fact, be female. There are a number of inter-sex conditions in which a person may have both genders. What is also confusing is that there are both biologically based and psychologically based situations where a person’s physical sex characteristics do not match the gender identity that the person has for his/her-self.

In Jim’s case, the genetic testing came back positive for a chromosomal anomaly called Kleinfelter’s Syndrome. In this occurrence Jim had both xy and xx chromosomal parings. These results meant that Jim wasn’t crazy. Jim had the genetic coding for being both male and female. The rewarding part of the story is that upon learning of his medical condition, Jim was, for the first time, able to understand what had been previously mysterious and terrifying to him his entire life. He now had a name to give to his condition and, feeling normal for the first time ever, his depression cleared up almost immediately. Buoyed with this new knowledge, she told me her secret name and Rose began hormonal treatment, the first step on the road to having gender clarification surgery.

Given his fame and wide spread recognition, Bruce Jenner’s story can be an inspiration for others on a scale never before imagined or possible.  His revelation can have a life-saving and life transforming impact on untold others. It must be understood that the risk young transgender people face for depression and suicide is stratospheric. Having a well-known and accomplished personality come out and publically acknowledge her true identity could change everything. Just imagine how many could think “if Bruce can do it, then maybe I can too.”?  Following his example, one no longer has to deny the truth of who one really is to oneself … or to anyone.

Likewise it is vitally important for public awareness be raised as well. We must redouble our efforts to end ignorance, bullying and shaming and replace these attitudes with education, acceptance and compassion. Parents, schools, churches, synagogues, mosques and the media need to spread the word. Instead of dividing everyone one up into one of two boxes (male or female), it is important to know that, both medically and psychologically, human sexuality is much more complicated.  It is necessary that more folks understand that being transgender is not sick or crazy but that it simply means belonging to one of the many different bands which make up the wide spectrum of human sexuality.

Bruce Jenner’s interview has brought the needed light of the truth not only to the transgender community but to the general public as well. His example shines brightly and could become a symbol and a turning point in our national consciousness marking greater understanding and acceptance of these heretofore misunderstood members of the human family. Now that Bruce Jenner has had the courage to do her thing, it is time for us to step up and do ours. Let’s say no to prejudice and yes to love and acceptance. Let’s send the message, loud and clear to the transgender folks in our community, that we stand with them as they come out of the shadows of fear into the light of truth.