FAITHFUL IS NOT ENOUGH 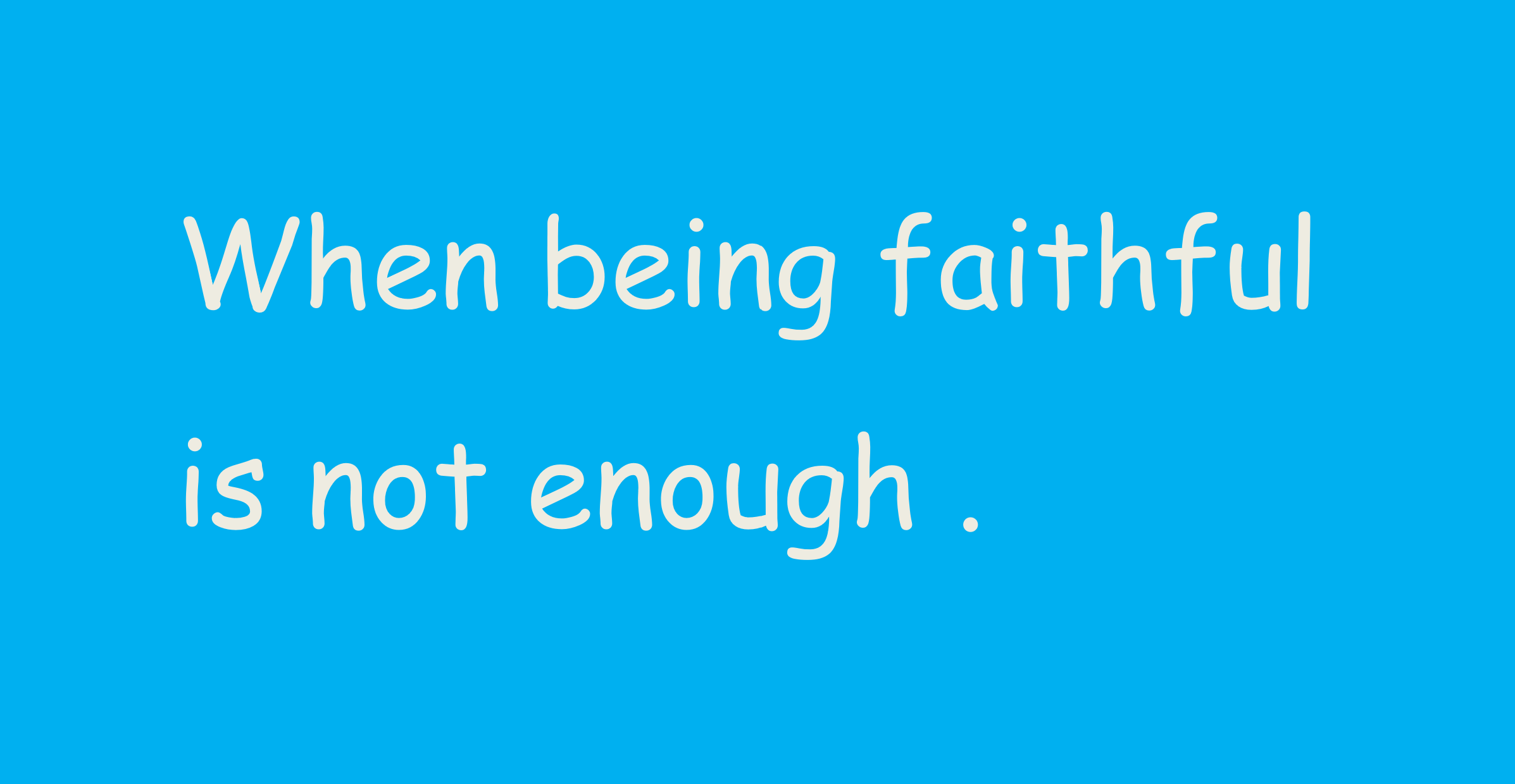 Fidelity is the cornerstone of a happy and enduring marriage.  Nonetheless, since so many marriages are plagued with infidelity, knowing how to survive a breach and regain trust is a vital skill.

Sadly, many couples are without a clue.  Many who have strayed are surprised to learn that, after an affair, being faithful is not enough to fix the relationship.  Ironically,  folks who come for treatment, who had stopped cheating, often express frustration and discouragement. They admit that they simply don’t know what else to do besides not cheating to win back their spouse.  Here is what they learned: Besides fidelity, there are three keys to rebuilding trust after an affair:1) Empathy, 2) Mindfulness and 3) Honesty.  Let’s look at each more closely:

— Empathy.  Having empathy after an affair is more than understanding or acknowledging that it was wrong . It is also feeling what your partner has and continues to go through in its aftermath.  The offending partner, in addition to not cheating, must also communicate that s/he appreciates the emotional devastation that the sexual betrayal has inflicted.  Further, the offender must  understand and accept that the healing process is slow and filled with emotional ups and downs.  Painful memories will be re-experienced and must be expressed and heard.  The Role of Empathy | Affair Recovery https://www.affairrecovery.com/rl/the-role-of-empathy

Empathy also is not defensive.  It acknowledges, without argument, the effects that an affair has on a spouse’s perception of the future.  The mistrust caused by an affair  can make almost any situation look bad even though it may be quite innocent.   After an affair, words and actions which were once confidently accepted as true, can be seen as suspicious and unreliable.  Put another way, to recover the confidence of his/her partner, the offender must avoid not only the act of betrayal but must also avoid even the appearance of impropriety.  The one who seeks forgiveness must be mindful and think about in advance and anticipate how his words and actions may be perceived by his partner.

— Mindfulness.   Another important aspect of empathy is mindfulness.  In this context, mindfulness is the ability to think about and understand the appearance of one’s actions from an larger perspective than one’s own intentions, i.e. from the point of view of one’s spouse.  For example, if one says that s/he will be home at a certain hour, being late for any reason could set off alarm bells.  Mindful empathy in this case would be expressed as a non-defensive recognition that his/her partner’s reaction has a legitimate basis.   Why can’t you just get “over it” ? How to tell when someone has recovered from an affair. | Pastoral Counseling Syracuse NY (revmichaelheath.com)

— Honesty.  Although obviously crucial, honesty is, perhaps, the most difficult challenge for an offending partner to master on the road to to renewing marital trust. The reason is that that most folks are conflict avoidant , that is they anticipate that something they did may be falsely perceived and cause an argument. Sadly, hiding or lying  seems like, in the midst of fearing a negative spousal reaction, the best course. It is not.  The tough pill to swallow for a person who wants to win back his partner is that s/he must be able to accept and endure his/her partner’s anger and emotional pain without retaliating. Unfortunately, due to unresolved family-of-origin issues, many partners are unable to overcome their aversion to conflict and to be truthful without professional help . With help, however, candid and more intimate communication can be attained.

While the road to recovery is never easy after a betrayal, it is doable. As such, in addition to fidelity, the three keys we discussed above can guide one who wonders what else s/he must do to help his/her marriage to heal.

Finally, what is important to understand is that, in addition to mending a broken relationship, rebuilding trust can also significantly improve each partner’s over-all mental health as well as heal long-standing childhood wounds which were not directly related to the affair. Likewise , although terribly painful, working through an affair can actually lead to a stronger and more intimate marriage than existed before the unfaithfulness .