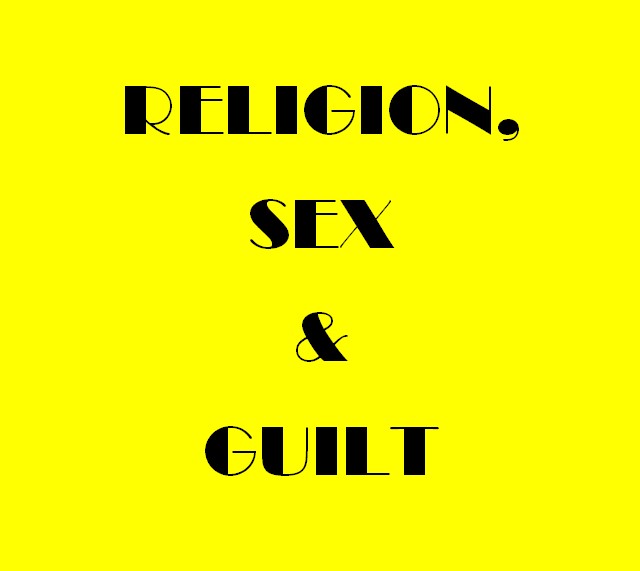 October is World Mental Health Month and, as such, I want to address what I regard as a neglected but, nonetheless, a significant obstacle to emotional wellness and overall mental health: erroneous guilt and shame associated with sex.

As a pastoral counselor who has helped folks deal with a wide variety of emotional issues and conflicts over the years, I have witnessed many individuals and couples with this problem. While there are multiple factors which have created this difficult experience, it is indeed ironic that traditional church attitudes and teachings about sex are largely responsible for so much of the unnecessary guilt and emotional pain experienced by so many , especially by Christian believers.   To be clear, I believe that much of the problem stems from Christianity’s fundamental discomfort with and ignorance about sex.

Despite the many decades of progress made by our society in the areas of human rights and social justice, our cultural and especially religious attitudes about sex have remained mired in myth and false ideas.  It is amazing to me to realize how many folks are influenced by archaic views about sex and are tormented because of them.  Frankly, the way many clerics ignore science and pervert biblical teachings about sex constitutes  theological or spiritual malpractice . The extent to which they have condemned as sinful, normal sexual feelings and practices is nothing less than abusive and ethically reprehensible. Instead uplifting and promoting joy, understanding and love, many of the damning attitudes and scowling views have caused spiritual conflict and resulted in personal self-hatred and relational strife.

Fortunately, the damage done by such beliefs is not permanent and can be undone with combination of accurate information and supportive therapy.  Today I want to review with you three  of the most common , destructive and egregious errors found in traditional church teachings about sex:

1 ) A fundamental discomfort with talking about sex.  To begin with, children learn from their earliest years that there is something different and embarrassing about sex . It is goes without saying that the subject is not okay to talk or ask questions about sex.  This repressive atmosphere has resulted in parents not giving their children accurate information about sex . Instead, most clients will report that, even though nothing was directly spoken about sex, the message they received from their parents was clear: sex is dirty unless one is married.

The explanation for this unfortunate situation is found in looking at the history of the church. From its inception church leaders  have never been comfortable with sex.  Perhaps it is because their belief was that Christ would soon return and all would be transformed into a spiritual reality in which sex would not be present ( In Christ there is … no male nor female … Gal 3.28).  Another factor contributing factor to the church’s aversion was the extreme sexual decadence of the Roman empire . That said, a further exploration of these issues is best saved for another time but, suffice it to say, there has almost never been  a time when a free  and positive appreciative discussion about sex has taken place.

Psychological health in our scientific age,  on the other hand, assumes that no subject is taboo  and that any topic can be openly studied and discussed without criticism or guilt.  While it is true that early pioneers in sex research like Alfred Kinsey and Masters and Johnson faced initial scholarly opposition and resistance, for the past fifty years sex has been an important field of study in both the  medical and psychological realms.

2) Regarding normal human curiosity and desires as morally wrong and sinful. Probably nothing has been more shaming and destructive than the church’s attitude about sexual curiosity and physical exploration. Christianity’s aversion to sex has not only created uncomfortable feelings among its followers but it has actually provided false and inaccurate information. Its cruel and baseless condemnation of masturbation is a prime example of this misinformation and one of the most glaring examples of its ignorant and abusive teachings. How many young boys worried that not only might they be going to hell for sexually pleasuring themselves but also that the practice could cause them physical harm ?

Beyond providing  inaccurate information about sex, suppressing natural curiosity was another unfortunate consequence of the church’s beliefs.  For example, I have vivid memory of when I was a child  being with a friend in the stacks of the Sterling public library looking with amazement at the photo of a topless African native which was pictured in a National Geographic magazine.  Suddenly, the  shocked librarian confronted us with a  stern and disapproving “What are doing ?” followed by “Why would you want to look at such filth?”  Shaming comments such as these explicitly express the church’s feelings and fears about sexual matters and, likewise, inflict needless,  painful and erroneous lessons on their recipients.  You get the idea.  Certainly, there is nothing morally or psychologically wrong with children expressing interest and fascination with male and female  physical differences.  The unfortunate  impact of and the received message from such a scolding and rebuke  is that, in addition to creating a sense of guilt, future learning or discussion of sexual matters must be done in secret.

3) The misogynist-based emphasis on purity . Rather than curiosity and openness, the prime values of traditional Christian views  regarding sex have been purity and avoidance.  Strangely, this emphasis has been aimed more at women than men.  The sacredness of the undisturbed hymen is more expressive of the archaic view of women as possessions rather than moral uprightness.  Rather than wanting men and women to learn about sex and how it functions in a relationship prior to marriage , the Church. as comedian George Carlin used to humorously point out, expected that sex, after the sacrament of marriage was performed, would magically be transformed from something dirty and disgusting into a wonderful thing.  Indeed, the many false notions and unrealistic expectations about sex have created major misunderstandings and conflicts  for many young couples.

Here is the point : The harshness and negativity regarding sex which comes from traditional church teaching is not only excessive and spiritually unnecessary but it is also antithetical to the essence of the Christian Gospel. There is no biblical or theological justification for such hostility.  Quite honestly, the church’s regard of sex is based on a primal fear of sex and its irrational reaction to it reflects that terror.

As a pastoral counselor, acknowledging that human sexuality is a mysterious and sometimes frightening and confusing reality, I know that it is neither desirable nor necessary to approach sex from such a rigid and condemning point of view. If the church’s ultimate goal is  to instill individuals and couples with  morally upright and ethically  responsible sexual values, what is needed to help people who struggle with sexual issues is compassion, empathy and understanding .  When guided by a calm and accepting attitude, individuals and couples can be successfully helped to deal with difficult sexual problems in positive and constructive ways. More than that, removing the false guilt from sexuality allows people to more fully experience the dimensions joy and intimacy that sex adds to living.